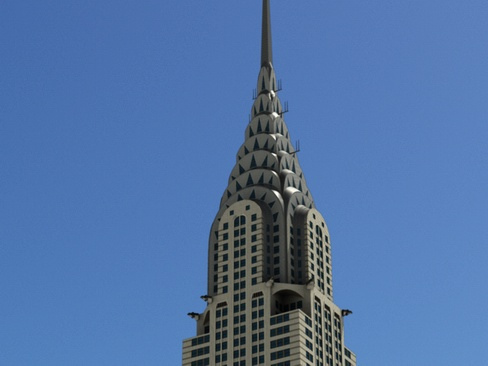 New York is a city of contrasts like no other. There are virtually dozens of impressive buildings that capture our imagination and attention when we stroll past. Rick Bell, head of the Center of Architecture in the New York chapter of the American Institutes for Architects released this list of impressive and remarkable must see buildings in New York.

It is clear upon studying these buildings that there are reasons on why Bell deems them as must see structures in New York. There is clearly a sense of awe when we look at them and we would love to get your feedback in which would be your favourite out of the lot.

This skyscraper stands proud in a total 866 feet. With state of the art energy conservation systems and air quality, Bell called the building environmentally correct. By Fox & Fowle Architects 1996-1999. 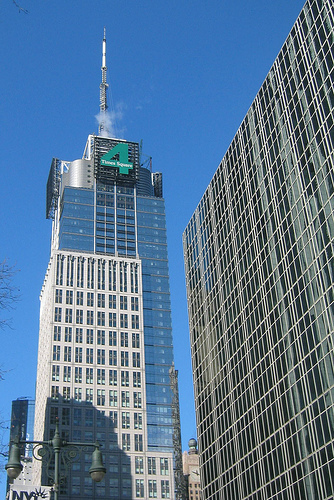 Situated in New York bustling arts scene stands this imposing 19th century museum. The Beaux Arts facade was beautifully modernized with a steel and glass circular frame bringing together old and new for all to see. By James Steward Polshek 2004. 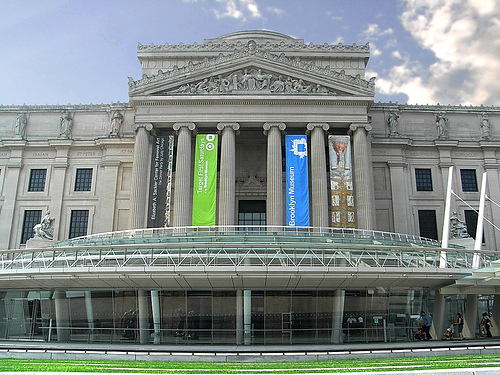 Prada is a well recognized fashion chain and their Soho store proudly displays a zebrawood wave as a centerpiece. This helps to display their merchandise in a particular interesting way. By Rem Koolhaas 2001. 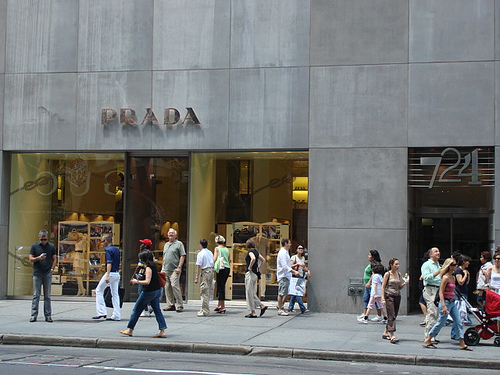 4. Rose Center for Earth and Space

Housed in a 87 feet diameter sphere is the Space Theater and the Hayden Planetarium. You are forgiven for thinking that you just arrived on the deck of the Enterprise. By James Steward Polshek 2000. 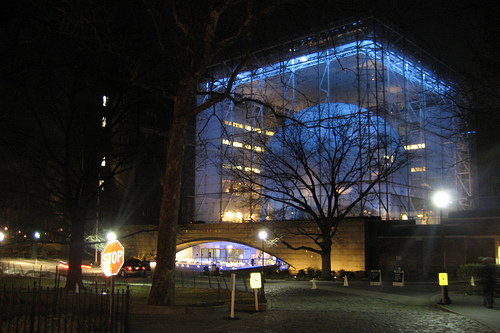 Many people walk right past this old 1920s stone and brick post office, thinking it to be some kind of museum when in fact it is a modern Apple store within. Distinguished by clean white space and an impressive glass staircase that leads to an upstairs glass bridge this will certainly surprise most visitors. By Ronnette Riley and Bohlin Cywinski Jackson 2002. 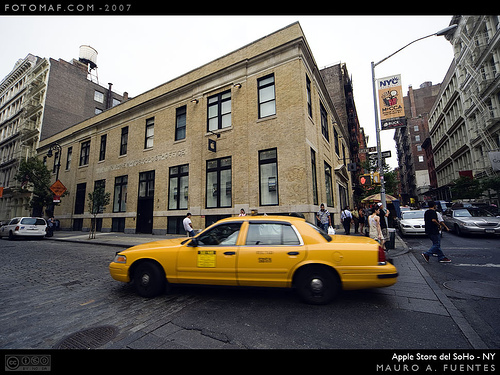 Featured in many movies, this train station’s Beaux Arts classical design is well known for its arches, cathedral windows, constellation ceiling and the huge clock that seems to attract people from all over the world. A popular meeting place for many, the building received a complete restoration in 1998. By Reed & Stern and Warren & Wetmore 1903-1913. 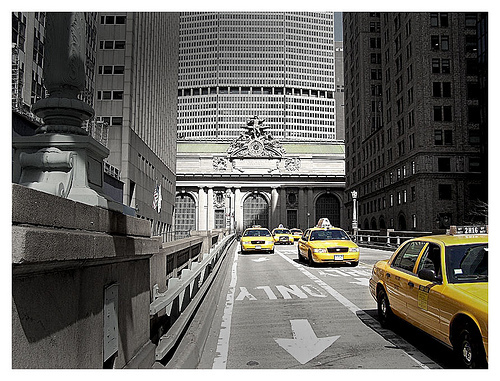 With massive glass walls, this building is said to be one of the designers masterpieces. It is a clear combination of bringing together the old in the form of Beaux Arts and the new with modern and clean glass. By Renzo Piano 2006. 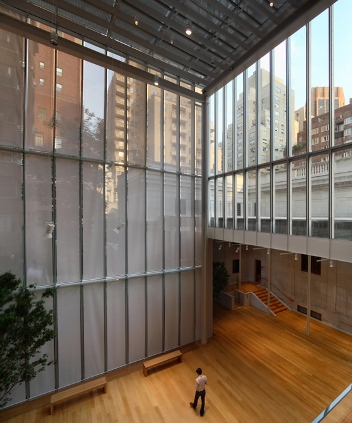 With its great Art Deco facade and the enormous gargoyles which are shaped like radiator caps, this building is one of our favorites. Hard to miss amongst the NY skyline at night it serves as a great beacon of orientation for lost visitors. By William Van Alen 1930. 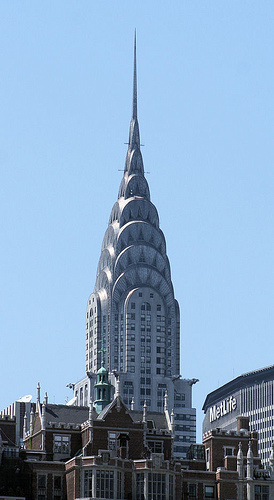 Built on top of the original Hearst media empire, this tower is unique in the world as its 42 story diagonal and see through glass panels have no vertical support structure. The building looks very modern and sleek and acts as a great stimuli for the eye with the stark differences between old and new. By Sir Norman Foster 2004. 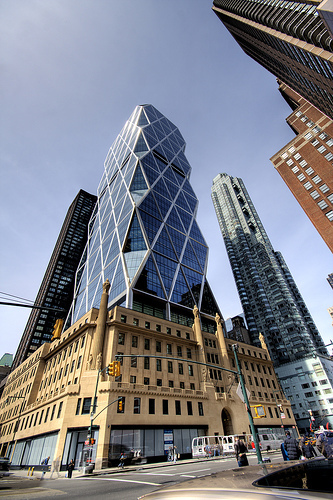 Projected as an elegant glass box, this building was said to have helped transform the skyline of NY. By Ludwig Mies Van Der Rohe and Philip Johnson 1958. 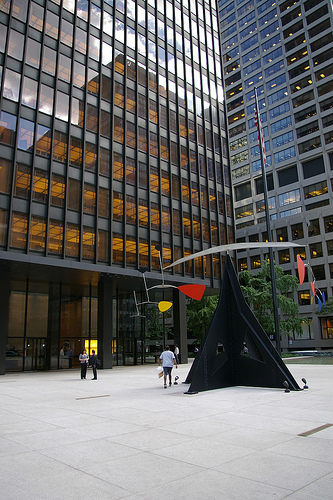